A Cobbled History of the Contessa 26’s built by J.J. Taylor & Sons Limited 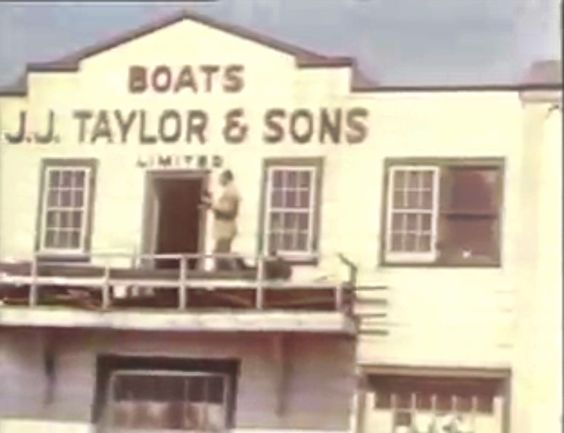 J.J. Taylor and Sons Ltd. was a Toronto, Ontario-based boat manufacturing company known for making yachts, cruisers, speedboats, and sailboats under the trade name of Taylorcraft. The company was founded in 1922 by James J. Taylor (1872-1945), who later entered into a partnership with his sons John and William.

During World War Two, the company manufactured patrol boats and minesweepers, but it was best known for the peacetime manufacturing of its Taylorcraft line of pleasure boats.

Designed by David Sadler and Jeremy Rogers in 1965 as a GRP Folkboat with clean traditional lines and a modern, high-aspect-ratio sail plan (making her a contender for single-handed ocean racing), the first Contessa 26 was launched in 1966. The first few boats proved to be very successful racers in the UK, particularly for long-distance events. These boats continue to be sought after as attractive and seaworthy pocket cruisers. These continued to be built by Jeremy Rogers Ltd. in Lymington, UK  from 1966 to 1976. A few additional boats were built using the same molds, first by Chris Carrington and then by Maclan Marine. About 350 Contessa 26’s were built in England in total.

Meanwhile, in Canada, Taylor proved to enthusiasts attending the 1960 Toronto Boat Show that keelboats could be built from GRP where he first introduced the one (and only) Dolphin 24 built by J.J. Taylor.

Soon, business arrangements were made with Jeremy Rogers Ltd., and a set of Contessa 26 molds was shipped to J. J. Taylor in Toronto, Ontario, where they were built under license. The production peak was mid to late-’70s.

The original J.J. Taylor company changed ownership in 1972 and was finally dissolved in 1980 — although the timing and circumstances are somewhat unclear.

The original molds from Jeremy Rogers were destroyed in a fire in the early ’80s. New deck molds were designed, and later boats had a modified deck with a slightly enlarged ‘hump’ by the hatchway to give greater headroom, a second deck hatch aft of the mast, and a slightly revised interior layout, although the hull always remained the same.

In 1984, another company in the UK purchased the rights to build the Contessa 26 from Jeremy Rogers and immediately claimed building rights in North America. In order to avoid a potentially costly legal dispute, Taylor changed the name from Contessa 26 to Taylor 26. A few more boats were built until 1990 when production ceased for good.

Tania Aebi sailed a Taylor 26 when she became the youngest woman to single-handedly circumnavigate the globe.

Related links and info of interest:

A collection of photos of Launches and Yachts built by J.J. Taylor & Sons in their boatyard located between the western gap of Toronto Harbour and the National Yacht Club between the early 1900s to the 1950s.

Archival film footage relating to J.J. Taylor and Sons available to order from the Ontario Ministry of Government and Consumer Services (Ontario Archives).

An interesting writeup about J.J. Taylor & Sons written on the dophin24.org website.